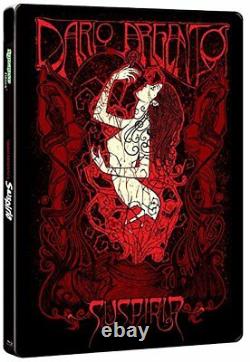 Do You Know Anything About Witches? 30 minute SUSPIRIA visual essay written, edited and narrated by Michael Mackenzie. Featurette on the German locations from SUSPIRIA.

A Sigh from the Depths: 40 Years of SUSPIRIA. All-new anniversary retrospective on the making of the film and its influence on cinema.

The seller is "bowie122014" and is located in Clearwater, Florida. This item can be shipped worldwide.