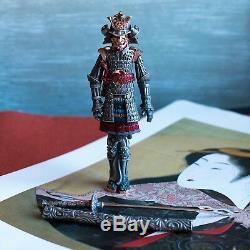 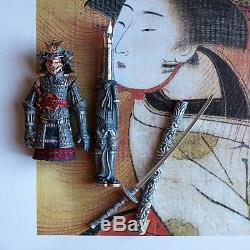 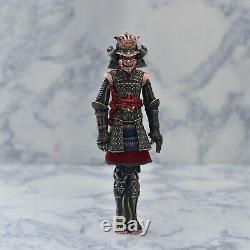 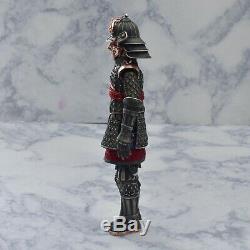 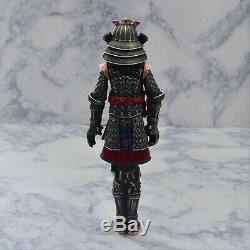 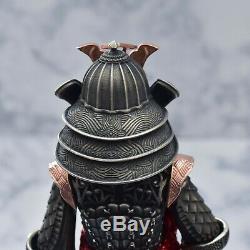 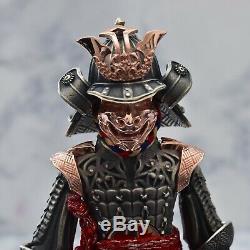 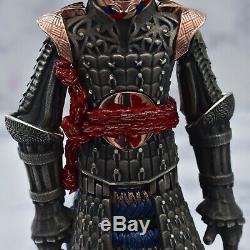 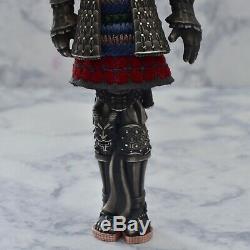 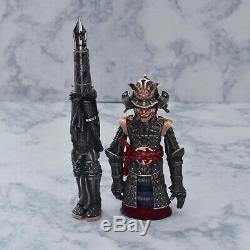 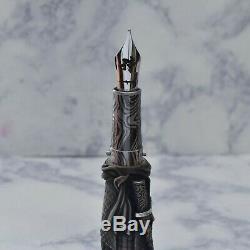 This listing is for a. MONTEGRAPPA LIMITED EDITION OF 177 SAMURAI STERLING SILVER FOUNTAIN PEN. Conceived to recognize the most noble combatants throughout history, those who fought to change the course of human events, Warriors will feature the most significant and intriguing soldiers the world has seen.

Japan's near-mythical Samurai represent the essence of the honor and commitment exhibited by the most heroic of fighters. With their roots in provincial warrior bands, the early Samurai exhibited peerless military skills, while the culture extended to daily behavior and discipline. Samurai were usually associated with a clan and their lord, or shogun, and were trained as officers in military tactics and grand strategy. Members of this warrior class rose to power in the 12th century, and would maintain their position until the second half of the 19th century. Beyond their combative role, Samurai - influenced by Zen Buddhism - also produced practices that include the tea ceremony and flower arranging still performed in modern Japan.

Samurai followed an unwritten code of conduct that would later evolve into Bushido. This code placed bravery, honor and personal loyalty above life itself: the Samurai practiced ritual suicide by disembowelment as an alternative to dishonor or defeat. A milestone in pen manufacturing, Montegrappa's Samurai presents a design challenge like none seen before. Limited to only 177 pens in Sterling Silver, each one unique, and a further seven in solid gold, the Samurai exists only as a fountain pen.

It is filled through a patented, power-push piston mechanism and fitted with an 18k gold nib. The pen resides in a luxurious black lacquered box, with the ancient Chinese character for "Samurai" printed on top.

Inside, one will find the Samurai "action-figure" pen, accompanied by a bottle of ink and a Katana-sword accessory that acts as a fully-functional paper-cutting knife. The pen itself is a masterpiece of burnished silver, a "truthful" model of an ancient Samurai suit of armor made by cutting-edge developments of the ancient lost-wax technique, with certain design elements further embellished with rose gold plated details. Continued examination of this work of art will reward the observer with a plethora of minuscule delights.

Montegrappa's artisans have reproduced the traditions "kuwagata" helmet, the "sode" shoulder and "kote" sleeve armoud, and the "tekko" arm, and "suneate" thigh guards with the utmost accuracy and precision. The warrior's "kusazuri" skirt is reproduced in multi-layered, embroidered fabric.

A rare combination of writing instrument and decorative figuring, the Samurai's cap forms the head, breast and arms of the soldier. The pen barrel comprises the figure's lower limbs and the writing component's juncture.

Adding to the unparalleled intricacy, the hands and waist armor are hinged, so they are detachable, as are the limbs, for moving respectively. Both a thing of beauty and a functional object with the sophisticated appeal of a working miniature, the Samurai pen will prove as captivating as the noble warrior that inspired it. Fully working and ready to write.

Comes fitted with an original Montegrappa 18K white gold Medium (M) nib. Other nib sizes may be available. Please inquire prior to ordering if another nib size is available, and we will do our best to accommodate! Comes with all boxes and papers. For more great pens, watches, and leather goods, all offered at the best prices online, check out and follow my profile at the link below!

All items are expected to be paid within 48 hours of the listing's end, unless prior notice has been given. Please feel free to ask any questions! We offer the lowest rates on the market for consignment of fine luxury goods. We will consign any products, but we have a large clientele of writing instrument and timepiece enthusiasts, so we have a competitive advantage in those products. Truphae is a full service luxury goods brokerage, specializing in the world's finest timepieces and writing instruments.

With clients in over 60 countries on every continent, we have built a massive network of luxury goods owners, collectors, and enthusiasts. Through this network, we are happy to source any luxury pen or watch for our customers. Offering superior customer service and some of the most rare items in the world, the company has quickly soared to becoming one of the most searched-for and followed writing instrument sellers. With clients that include celebrities, past presidential candidates, former Prime Ministers, CEOs, professional athletes, and others, our record is demonstrated through our flawless reputation. The item "Montegrappa Limited Edition 177 Samurai Figure Sterling Silver Fountain Pen" is in sale since Tuesday, November 20, 2018.

This item is in the category "Collectibles\Pens & Writing Instruments\Pens\Fountain Pens\Other Fountain Pens". The seller is "truphae" and is located in Greer, South Carolina. This item can be shipped worldwide.